Was going to turn this guy into a full blown psionic machine but decided to not bother.  His default setup is kind of cool.  I don’t like the art though so I found something a bit more menacing.

Gift of the Machine God. As a creature of technology the cloud gains many damage and condition residences and immunities but they are also susceptible to lightning based attacks.

Harvest Thoughts. A thought harvester that hits a living creature with one of its integrated nanite injectors can selectively duplicate certain memories the target possesses. Each time the harvester uses this ability, it can copy one significant event (such as the events of a combat or a birthday party), or it can sift through the victim’s memories as part of an interrogation that allows it to effectively ask and receive truthful answers to six questions. A successful DC 17 Wisdom save negates the effects of this ability; mindless creatures or creatures with an Intelligence score of 1 are immune to it. Each time a creature’s memories are copied through the use of this ability, it must succeed at DC 17 Constitution save or take 1d4/2 psychic damage.

If successful, the target’s copied memories appear as swirling mist within one of the crystal spheres socketed into the thought harvester’s back. If the thought harvester is willing, helpless, or destroyed, a sphere can be removed from its socket with a successful DC 20 Tools (e-Pick) check and be read by certain devices without damaging the memories within. This ability can be used on creatures that have been dead for less than 24 hours, but their brain must be mostly intact and only 1d4 memories can be harvested postmortem. The duration can be extended if the creature’s brain has been preserved (such as by gentle repose) or if the creature possesses a brain that doesn’t rot.

Intellect Fortress. The thought harvester is immune to psychic damage, any effect that would sense its emotions or read its thoughts, divination spells, and the charmed condition. The spell even foils wish spells and spells or effects of similar power used to affect the target’s mind or to gain information about the target.

Integrated Sonic Rifle (Recharge 5-6). The thought harvester firs a burst from its integrated rifle of a sonic blast in a 30-foot cone (1zone, AOE: 3 targets). Each creature in that area must make a DC 17 Dexterity saving throw, taking 54 (12d8) sonic damage on a failed save, or half as much damage on a successful one.

DESCRIPTION
Rows of crystal spheres line the back of this four-legged robot. A single glowing eye sits in the middle of its head. 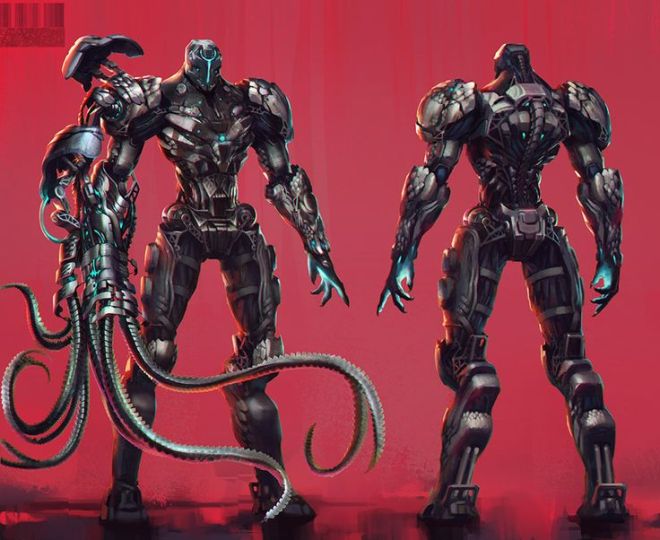